Yoga has been accepted widely as an essential part of the modern lifestyle. Though Yoga has its origin in India, the yoga trend has caught a wave in western part of the world as well! The health conscious people engage in one or other forms of workout, but yoga is more than an exercise. Yoga is a way of life. A good thing about yoga is that it is very accommodating. Yoga has something to offer for everyone. 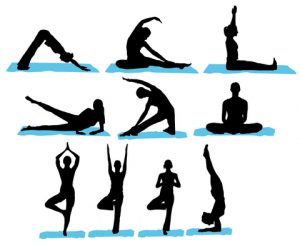 The complex poses and intense breathing is just the superficial aspects of yoga and one needs to explore the deeper layers to embrace the true essence of yoga. Yoga is an ultimate tool for improving the human capabilities at the highest peak of mind and body. While we all are aware of the wide array of benefits yoga offers, not many people are aware of the fact that yoga is classified into 9 categories.

Hatha means force and it includes physical aspects of the yoga practice. All the other sub groups of yoga fall under the Hatha category. A typical Hatha yoga class has a slow pace and no specific flow. It is considered the best type of yoga for beginners as it gently introduces you to the yoga.

The Hatha yoga class is about the basics and works as a good unwind. It teaches you breathing, meditating, and relaxing techniques.

The word Vinyasa means connection. The Vinyasa yoga needs you to coordinate the breath with movement. It emphasizes on making a flow of postures that transits smoothly from one to the next. The Surya Namaskar, balancing poses, backbends and seated poses are the best forms of Vinyasa yoga. The Vinyasa yoga ends with savasana. The Vinyasa class doesn’t have a specific structure and the session depends on teacher’s creativity. Some tutors include meditation and chanting as well. The vinyasa yoga can be slow and gentle or intense and fast, depends on your capability but, as a beginner, a slow class is the best. 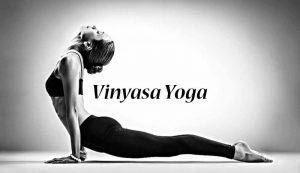 The Iyengar yoga is all about the alignment. The Iyengar class doesn’t have a flow but each pose is intense and requires you to hold the pose for a long time. Unlike the other forms of yoga, the Iyengar yoga needs props such as blankets, blocks, straps, and props. For people who wish to dive into the deeper layers of yoga and intense poses, Iyengar yoga should be your pick! The Iyengar yoga has room for people with injuries and chronic issues. It accommodates every limitation and makes a person flexible, strong, and stable. 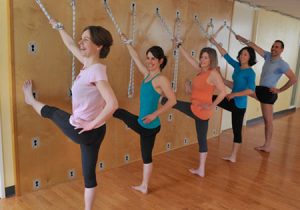 The Bikram yoga is literally ‘Hot yoga’ which makes you sweat a lot. Usually, the Bikram yoga is performed in a room which with 40 degree centigrade temperature with 40% humidity. The idea behind Bikram yoga is to sweat. It has its origin from Vinyasa yoga so the poses will require you to coordinate the asanas with your breath. Bikram yoga was found by Bikram Choudhary who came up with 26 yoga postures to be performed in a sequence which will challenge every vein, ligament, and muscle of the body.

Ashtanga yoga, more popularly known as power yoga is the contemporary version of the good old traditional yoga. The Ashtanga yoga was initiated by K. Pattabhi Jois which interlinks breath with movement, just that the movements are defined. Starting with the primary series you graduate to next level, progressing gently. It might take years to advance but the focus is on postures, not progression. 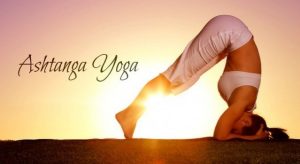 Initiated by Sharon Gannon and David life, Jivamukti yoga also includes being mindful of the environment which means you need to be kind to animals and become vegan. The 5 significant aspects of Jivamukti yoga are Shastra, Bhakti, Ahimsa, Nada, and Dhyana. A typical session would begin with setting an intention, followed by the chanting and breathing awareness. It also includes Vinyasa movements. The session ends with meditation and relaxing.

The kundalini yoga has its root in the Chakras and it focuses on the core work and pranayama. The main aim of kundalini yoga is to awaken your mind and make you aware of your body and mind. Kundalini is the spiritual type of yoga and a major part of kundalini consists of meditation. Chanting, mudras, and meditation lay the foundation of Kundalini yoga. 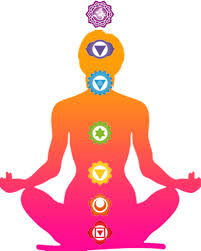 The Anusara yoga is quite upbeat and aims at upliftment of the person. It is the most spiritual form of yoga which is epitomized by ‘celebration of the heart’. Relatively a new type of yoga, it was initiated in 1997 by John Friend. It emphasizes on soul searching and seeking the light within. The form of yoga uses alignment and breathing along with several props. 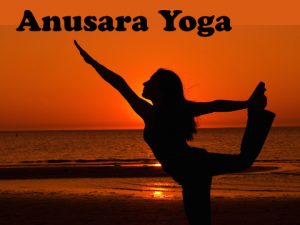 It is one of the slow paced yoga wherein you need to hold each pose for about 5 minutes. It puts stress on the connective tissues in body which helps in improving the flexibility and blood circulation. It is said to improve the life energy. It is practiced in a heated room which expands the muscles and makes them elastic. It challenges your mind, makes you quite patient and offers an incredibly relaxing effect.

If you too wish to explore the various forms of yoga, the Yoga Teacher Training in Dharamsala at Chinmay Yoga is the perfect destination for you!

The 200-hour yoga teacher training course amidst the natural surrounding not only helps in mastering the art of yoga but also enables you to make a promising career across the world. 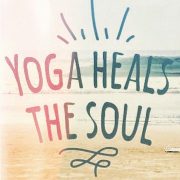 Are you sceptical about Yoga Teacher's training? Here's how it will transform your life

10 steps to follow for monetizing your Love for Yoga 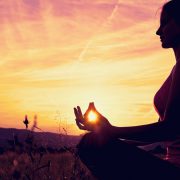 Can a mental breakdown lead to a spiritual breakthrough? Here’s how you can channelize your emotions 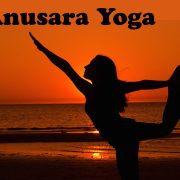 Hollywood actresses who vouch for the goodness of yoga! 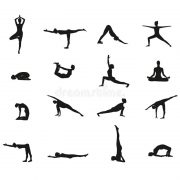 5 Incredible Yoga asana to correct the posture in no time 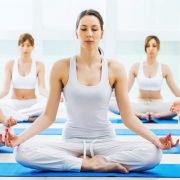 Can yoga and meditation help the Millennial solve their relationship issues? 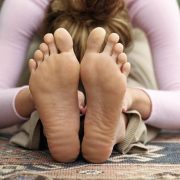 Ever wondered why is yoga performed barefoot? The 6 benefits will amaze you!

Being a Yoga Teacher is not everyone’s cup of Tea. These 7 qualities will show if you have it in you!
0 replies

Want to join the discussion?
Feel free to contribute!

Can yoga and meditation help the Millennial solve their relationship issues...

This site uses cookies. By continuing to browse the site, you are agreeing to our use of cookies.

We may request cookies to be set on your device. We use cookies to let us know when you visit our websites, how you interact with us, to enrich your user experience, and to customize your relationship with our website.

Click on the different category headings to find out more. You can also change some of your preferences. Note that blocking some types of cookies may impact your experience on our websites and the services we are able to offer.

These cookies are strictly necessary to provide you with services available through our website and to use some of its features.

Because these cookies are strictly necessary to deliver the website, you cannot refuse them without impacting how our site functions. You can block or delete them by changing your browser settings and force blocking all cookies on this website.

We also use different external services like Google Webfonts, Google Maps and external Video providers. Since these providers may collect personal data like your IP address we allow you to block them here. Please be aware that this might heavily reduce the functionality and appearance of our site. Changes will take effect once you reload the page.